Drupal is a free community supported framework for creating, organizing, presenting and managing a website. It powers millions of websites and applications from all over the world. Drupal makes it easy for contributors to publish to websites and easy for developers to deploy new sites as well as add features to existing ones.

Most commonly referred to as a content management system, or CMS, Drupal has much more to offer. Drupal installations include a set of modules called Core Components, which provide features such as user management, menu systems, and user contributed content. The Drupal open source community (one of the largest in the world) contributes and supports thousands of free flexible and robust modules and themes, which can be easily integrated into websites to offer powerful features such as multimedia, calendars, rating systems, and other social media tools.

Drupal is also an application framework that can be used to build other aps. Drupal requires no programming skills yet the HTML code produced is accessible, cross browser compatible, and search engine friendly. Drupal is used for every type of site from personal blogs to highly trafficked enterprise level sites. 2% of all websites worldwide are built in Drupal including whitehouse.gov and many other high profile, highly visited sites.

What is Drupal Used for?

Drupal is a great choice for building all manner of websites from simple 1 page personal websites to enterprise level applications. It is particularly well suited to e-Learning systems, Community/social networking sites, and news publishing, where its powerful authoring and publishing features allow administrators to create, revise, and deploy content in a rapid and organized manner. User management, site reporting and statistics, ad management, community management, and other administrative functions utilize an intuitive and robust back-end user interface.

Better looking on the frontend and backend

The new Olivero theme provides a modern look and feel. Olivero includes built-in support for multi-level menus and listings in responsive grids. The new administration theme, Claro, provides an accessible, clean interface for site management. The prior default themes Bartik and Seven are available as contributed projects if you wish to use them. 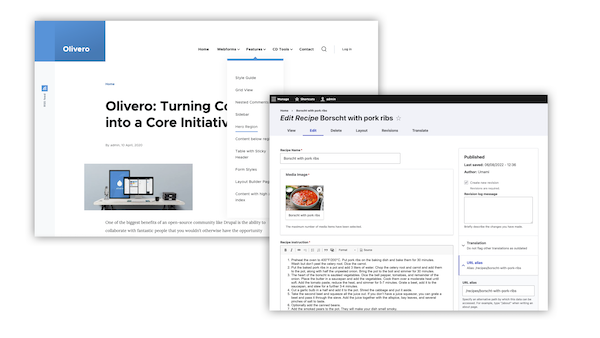 With CKEditor 4 reaching end of life at the end of 2023, it was time to upgrade. Thanks to a fantastic collaboration with its developers, Drupal 10 comes with CKEditor 5 built-in. The new version brings a modern editing experience with in-place controls and support for arbitrary input and output formats. Optional premium features are also available, such as live collaborative editing. An upgrade path is provided to move editor settings over and developer tools are available to help port any custom integrations.

For now, CKEditor 4 is also available as a contributed project, so you can continue using that for Drupal 10 for now until its end of support. 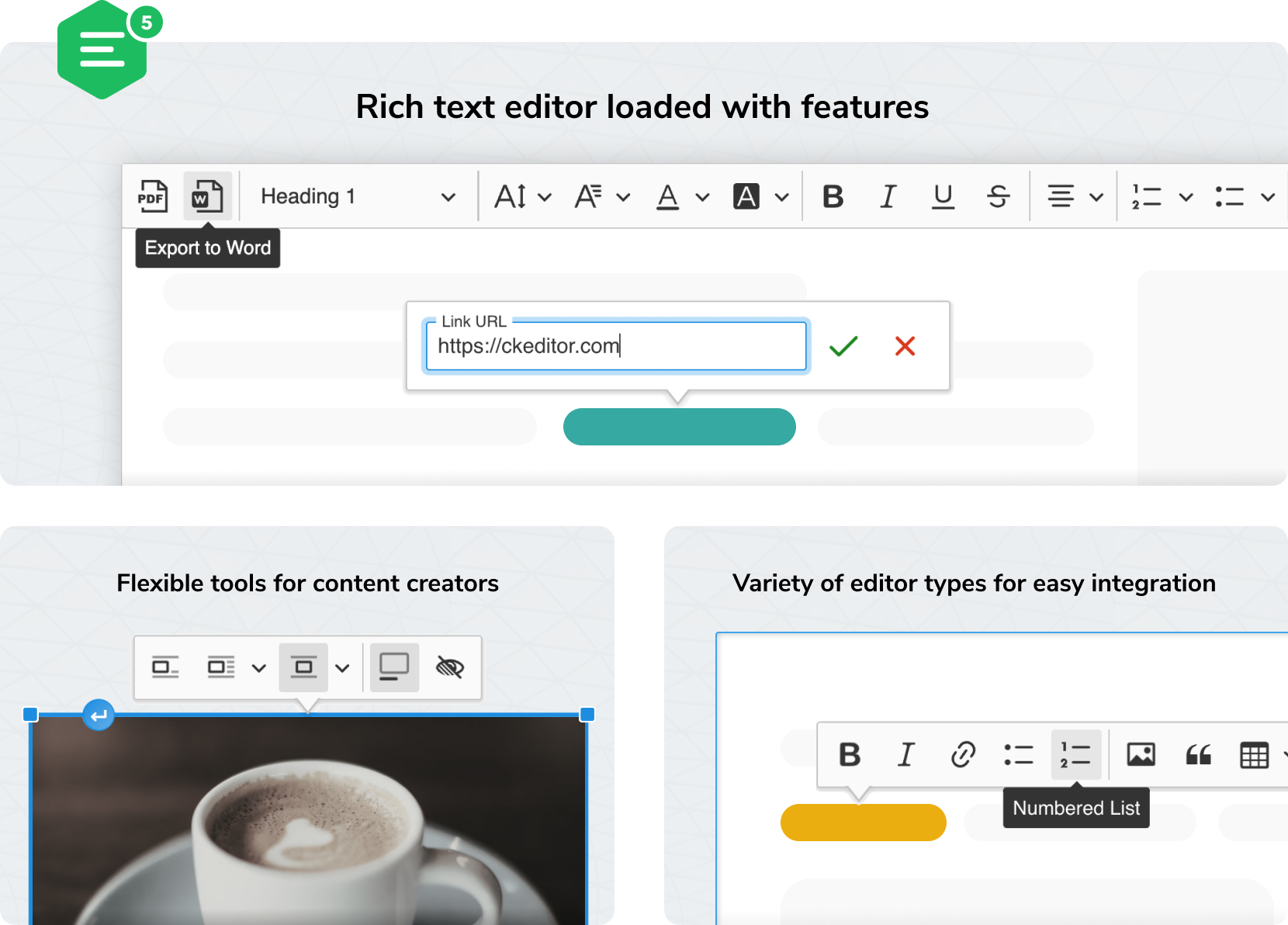 Microsoft has ended support for Internet Explorer and so has Drupal.This allows Drupal themes to use modern solutions for user facing problems.

Views now supports a responsive grid display format. Instead of specifying the number of columns, and screen widths, users specify the maximum number of columns, the minimum grid cell width and the gutter spacing. When the grid cells resize to a point where they’re below the minimum width, the grid will reflow to have less columns. Alternatively, the grid will expand to fit in as many columns as permitted, while keeping the grid width above the minimum value. Dropping Internet Explorer 11 support enabled the addition of this feature.

Drupal 10 introduces a new command line tool to generate a standalone theme from a compatible base theme. We recommend using the tool to prevent breaking a sub-theme when the base theme changes. Runtime theme extension is still supported, but only advised if you have full control of the base theme (e.g. by creating it with the starterkit command).

Drupal 10.0 depends on the Symfony 6.2 framework, and later Drupal 10 minor versions will be updated to future minor versions of Symfony 6. This sets Drupal up with the latest version of the underlying platform.

As PHP 7 reached end of life on November 28, 2022, it was clear Drupal 10 must require at least PHP 8. Symfony 6.2 requires PHP 8.1 and choosing that version provides the best support timeline for Drupal 10 itself as well. PHP 8.2 is also fully supported.

The Quick Edit, Aggregator, HAL, RDF, and Color modules have been removed from core. They are available as contributed projects. This allows Drupal 10 to focus on the core strengths of the system.

All features added since Drupal 9.0 are still here

Drupal 10.0.0 includes all of the features that were added to Drupal since 9.0, such as lazy image loading support for better frontend performance, WebP support in image styles, a dedicated Content Editor user role, “Manage permissions” tabs for entity bundles, and bundle classes on the PHP level for better code encapsulation, among many other improvements.

Thanks to the diligent work of the Drupal community on automated code update tools, porting events and dedicated work on key projects over the past two and a half years, Drupal 10 launches with almost three thousand compatible extensions, 26% more than how many Drupal 9 launched with.

The future of Drupal 10

All of these are planned to be added to Drupal 10 core in the future and will help users find, keep up with and combine all the fantastic contributed projects the Drupal community is famous for.

How to Choose Top and Reliable Drupal 10.0.0 Hosting Provider?

ASPHostPortal.com has Drupal 10.0.0 experts on staffs that are available 24/7 to help, a one click install script to make installation a breeze, and they guarantee their service, money back. ASPHostPortal.com use World Class Plesk Control Panel that helps you with single-click Drupal 10.0.0 installation. The minimal specs of their servers includes Intel Xeon Dual Core Processor, RAID-10 protected hard disk space with minimum 8 GB RAM. You don’t need to worry about the speed of your site. For more detail about top and reliable Drupal 10.0.0 hosting offer, please visit their site at http://asphostportal.com/